The Netherlands is an intriguing little country located north of Belgium and east of Germany.  Much of its territory has been reclaimed from the sea by the ingenious Dutch.

The Netherlands has long been a popular travel destination.  This is due to the fact that the Dutch played a key role in international trade and commerce.

Amsterdam is located in North Holland and is the largest city in the Netherlands. It is home to many famous museums which house the masterpieces of famous Dutch painters such as Rembrandt and Van Gogh. 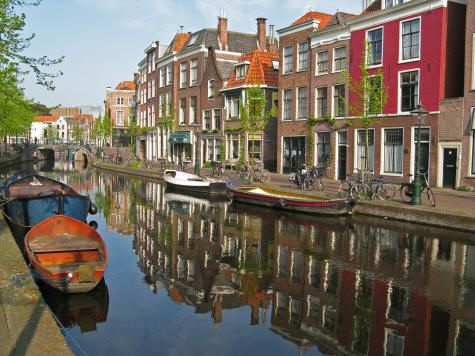 Haarlem is a pretty little town located near Amsterdam Schiphol Airport. It is near the world-famous Keukenhof Gardens which features fabulous displays of tulips each spring.

Leiden is a university town located south of Amsterdam.  It is a picturesque community with mile and miles of canals.

The Hague is the capital of the Netherlands.  Tourists can visit the Dutch Parliament and the International Court of Justice.

Delft is a lovely little town located near The Hague.  Its claim-to-fame is the Delft pottery that is produced there.

Rotterdam is the second largest city in the Netherlands and is located in South Holland.  It is home to Europe's largest seaport and has become a pleasant place to visit.

Select a travel guide from the menu.