Canada has always been a popular tourist destination. The country is blessed with beautiful mountains, an abundance of fresh water lakes, and three beautiful coasts.  Many tourists visit Canada because of its cleanliness, the friendliness of its people and it's rich cultural diversity.

The bustling city of Toronto Ontario is Canada's largest city.  Montreal is perhaps the most culturally intriguing city due to its rich French heritage.

The most beautiful region of Canada, however, is located on the west coast of Canada in the province of British Columbia. The city of Vancouver is situated on a lovely natural ocean harbor in southwestern BC.  The North Shore mountains provide a breathtaking backdrop for the city, particularly in the spring and winter months when they are snowcapped. 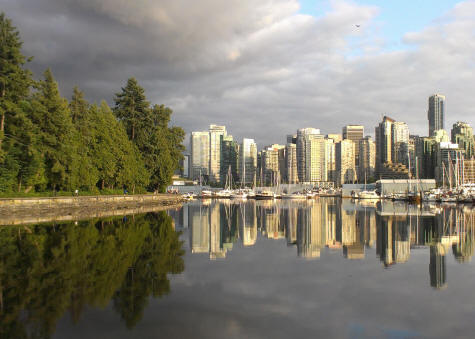 The resort community of Whistler BC is located just an hour and a half north of Vancouver.  In the winter months, skiers and snow-borders travel to Whistler from around the world to enjoy some of the world's best skiing.  The Winter Olympics were held in Vancouver and Whistler in 2010.

In the summer months, Whistler Canada is a popular resort destination for golfers, mountain bikers and people who simply love natural beauty.

The city of Victoria BC is a picturesque community located at the southern end of Vancouver Island. It is the capital city of British Columbia and is said to be more British than London.

TravelFlicks is pleased to provide a number of free online travel guides for Canada.  Please select one from the menu.